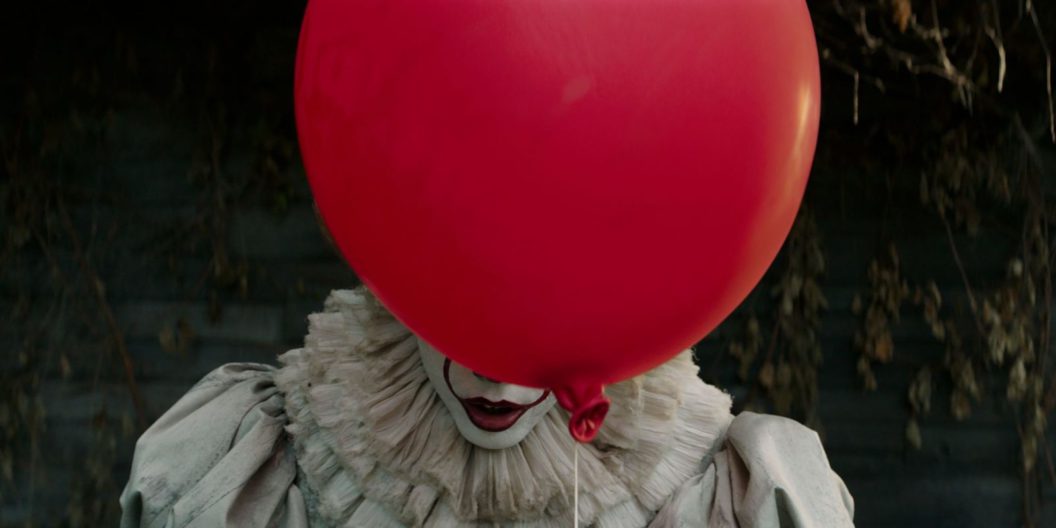 I´ve been slowly getting into horror movies for the last six years, and I really consider myself a fan by now, as I think that´s such a mastodontic genre that includes many forgotten little gems between the crap. And little horror movies in recent times have been premiered with more hype and both popular and critical acclaim than Andrés Muschietti´s new adaptation of Stephen King´s classic It. An iconic property, mainly because of Tim Curry´s portrayal of Pennywise the dancing clown in the 1990´s tv miniseries. A movie that didn´t provoque an utter fascination in me at first, but after that warm reception after a few days in cinema I was prepared to give this movie a chance, specially after a good personal experience with King movies. I visited the ODEON Covent Garden once again, in a screening full of people and enthusiasm. And I was surprised to conclude after the movie had finished that, even if I wasn´t amazed, I agree with the general consensus: this is a good movie, and a very effective horror exercise, apart from a clever adaptation. A film that mixes genres with freshness and entertains with likable characters, and one of the less caring movies in this new era of the retromodernity, playing with skill the card of 80´s nostalgia.

Strange and disturbing things are happening in the City of Derry in the late 1980s. Many kids are disappearing in strange circumstances every now and then, without any polices or adult people making any revealing findings. After loosing his little brother, Will Denbrough (an effective Jaeden Lieberher) and his friends of the losers group realizes that is all fault of the diabolic presence of It: Pennywise, a hellish entity who makes children disappear every twenty-seven years feeding of their fears. Left at their own, as the clown only allows to be seen by its victims and no father will believe the insanities going over their heads, they would try to recover the lost children and defeat this villain with its own, weak weapons. A new version of a classic of horror though the lenses of the Goonies and 80´s gang comedies. A light way of depicting childhood traumas and family abuses through the psychological damage the disturbing image of the clown and the circus world can produce. An example of genre knowledge and dosification of the loud jump scares though effective comedy, clever structure and cinematic strength. Even though the succession of horror scenes doesn´t live time to breathe, what makes the movie stand out is their mix with comedy. The cinematography of Chung- hoon Chung, armonically molded with CGI, works apart from the screenplay as a visual storytelling tool, as does the score of Benjamin Wallfisch, but what truly shines is Muschietti´s direction. After starting with a wrong feet, his narrative structure and dosification of information lets us slowly gain interest in the intrigue and the mystery, and grow appreciation for a group of misfit kids in the exact brink of becoming annoying. A film that, behind working as a mindless horror entertainment for masses, it briefly enters into a dark world of domestic abuse and trauma with an approach way darker than I was expecting.

The movie is effective, but it does seems familiar and safe in a lot of ways. His jokes only work two thirds of the time, and the children never really feel like real movies but like movie archetypes. The execution of some plot twists doesn´t feel organic to the story but emotionally simplistic, as this is a movie that flirts with coarsery and lacks subtlety in every way. It can´t avoid the usual cons of the summer blockbuster, and the lightness of the adventure reduces the impact of a movie that doesn´t offer enough new things to be remembered, as it approaches horror through the typical horror jump scares. Even if the clown is scary, their use of their powers for effectism reduces the power of the iconic image. The movie is better than the average box office titans, and it can delight every kind of audience, but it doesn´t reach the heights of some of the genre latest classics.

Funny, scary, retro and entertaining, It is one of the best examples of the latest retro trend, and not a masterpiece of horror but a highly enjoyable one. 6,8/10